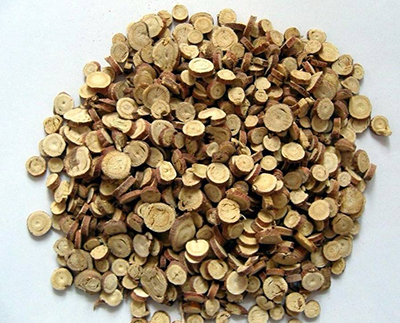 Glabridin is a kind of flavonoids, extracted from a precious plant called Glycyrrhiza glabra. Glabridin is known as "whitening gold" because of its powerful whitening effect, which can eliminate free radicals and melanin in the skin. Is the skin whitening and anti-aging holy. Wuhan Healthdream Biotechnology can provide various specifications of Glabridin.

Glabridin is called "whitening gold" mainly because it inhibits the formation of melanin.
Tyrosinase is an essential enzyme in the human body. It can regularly produce melanin, which changes the skin or eyes from brown to black. We know that exposure of the skin to ultraviolet light will cause some reactions (such as inflammation). Because the phospholipid membrane of the skin tissue is destroyed by reactive oxygen species induced by ultraviolet light, this histological change is manifested as erythema and pigmentation. Active oxygen is a substance that can cause skin pigmentation, so inhibiting its production can inhibit the production of melanin. Glabridin is the most expensive and most effective whitening ingredient among all whitening ingredients. According to research records, the whitening effect of Glabridin is 232 times that of ordinary vitamin C, 16 times higher than hydroquinone, and 1164 times that of "arbutin". Therefore, Glabridin is called "whitening gold". 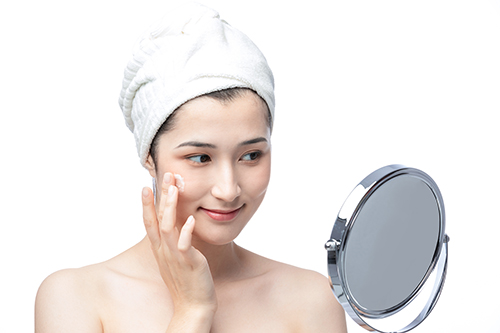 Secondly, Gladribin affects the production of arachidonic acid by inhibiting cyclooxygenase, which can reduce inflammation and play an anti-inflammatory effect. Gladribin also has a strong effect of scavenging free radicals and is a natural antioxidant, according to reports, its antioxidant effect is significantly better than BHA and BHT. It is widely used in various cosmetics and medical care products (such as creams, lotions, shower gels, etc.).

The general specification of Gladribin from Wuhan Healthdream Biotechnology Co., Ltd. is 40% Glabridin. We recommend that the dosage of 40% Glabridin is 0.05-0.2%, dissolved with PEG-400 in a ratio of 1:8, at the final stage of the formulation Add at low temperature. For more information, please feel free to contact Wuhan Healthdream Biotechnology Co., Ltd.